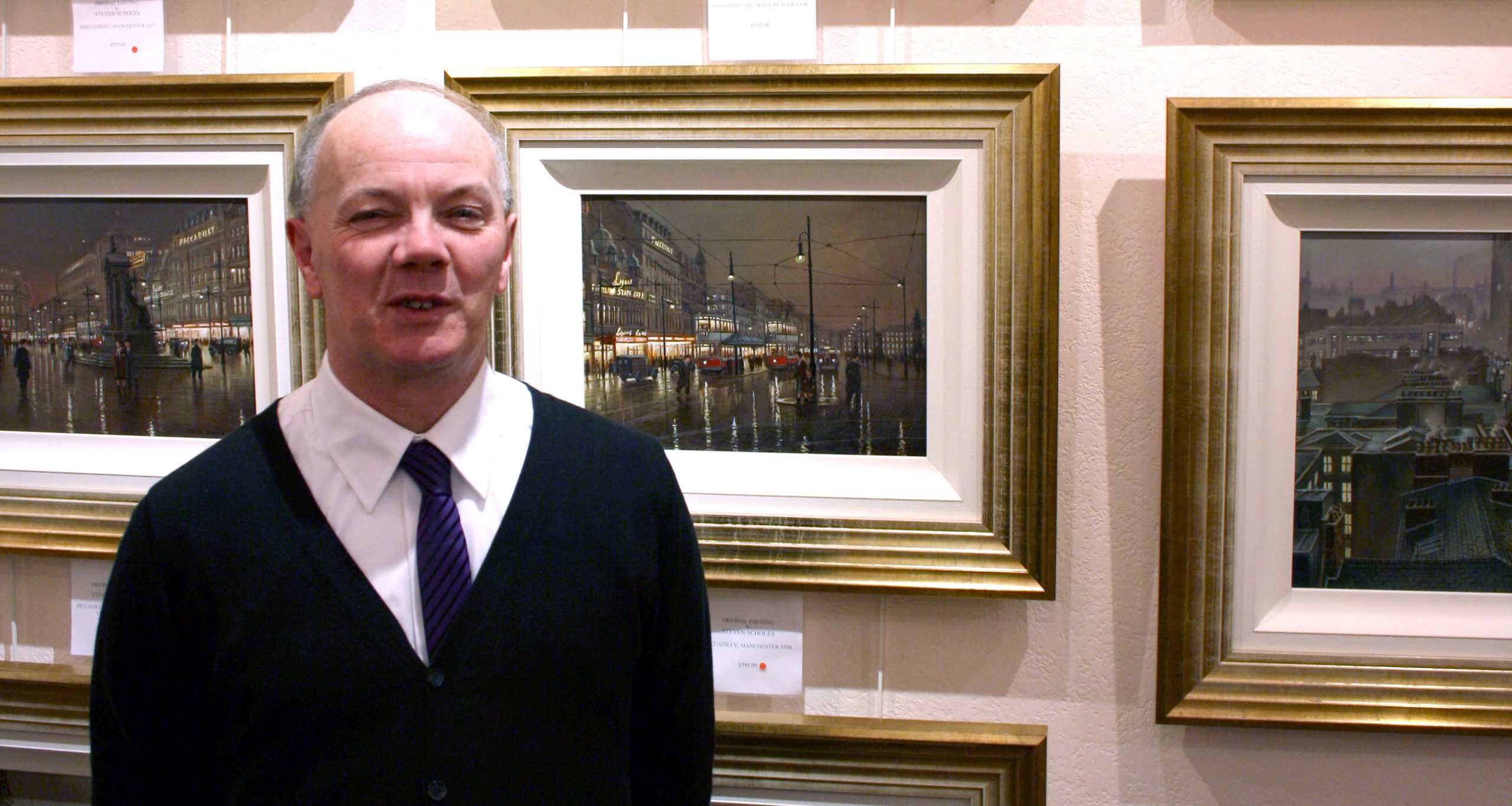 When did you decide to become an artist?

I have always had a keen interest in art, I won my first competition at the age of 6, curiously it was a street scene – when asked which street it was I remember replying that it was anybodies street which they seemed quite impressed with, I won a set of paints!

After finishing school I wanted to attend Art College, but my dad wouldn’t agree, instead he had an apprenticeship lined up for me at the local engineering factory where he himself worked. I adamantly knew I didn’t want to work there and so was given the ultimatum of finding a job on my own; I was given 6 weeks before I was to start the apprenticeship.

I fancied working in an artistic environment and therefore set out looking and applying for jobs in the textile industry; I got an interview at English Calico on Oxford Street, but soon found out that for any of the jobs I was interested in I needed to have attended Art College! Many similar applications and rejections occurred before my final interview the Friday before I was to start the apprenticeship on the following Monday, I took along all the textile designs I’d been working on, trying my best to impress without having the necessary qualifications, only to be met with the same response as before. It was looking unlikely that I would ever get a job I had any interest in. Coming home that evening for some reason when my dad asked me how it went I replied ‘Great, they want to see me again on Monday’, trying to buy myself a little more time.

Monday rolled round and on a wing and a prayer I decided to head straight to the British Design Council on Moseley Street; my designs under my arm and more invigorated than ever before I headed in, only to head straight out again with a firm ‘No’ at my back. It was on my way out that I noticed the staff entrance of Lewis’, it wasn’t quite what I was after but I was getting desperate and frankly anything would be better than the apprenticeship. I headed in and asked if they had ‘any jobs in widow design?’ and for some reason was sent to Staff Training (instead of the Staff Office – which if I had, I later learnt, I wouldn’t have got anywhere). Staff Training rang through to the Manager of the Display Department, who informed them that his junior had just handed his notice in and I was hired on the spot to replace him!

I loved the job! The following week I was making paper maché trees for the grotto. I couldn’t believe I was getting paid to do a job I thoroughly enjoyed. I worked for Lewis’ for 6 years before being poached by Debenhams. I later left Debenhams to the dismay of my Manager to become the Area Manager of the Display Department at Guys and Dolls, covering the whole of the North, I travelled from store to store working on all the windows in all the shops. It was very time consuming and yet the pay wasn’t really that much better. I’d known for a while that I really just wanted to be an artist and my new job just didn’t allow me any time to paint!

A plan formed, I knew it didn’t include working at Guys and Dolls and every fortnight the Manager at Debenhams would ring, asking me back, each time upping his offer! It was on the 6th September 1974 that I managed to get him to pay me £2 extra and cut my original hours! Finally I had the time to paint, every spare moment was taken up with canvas’ and oils, and it was later that same year that I won the Manchester Evening New Art Competition, a competition open to both professional and amateur artists. It heightened my profile and my work started to sell. It was a further 4 years before I would leave Debenhams for the second time, this time to become a full time professional artist!

Back To News & Events