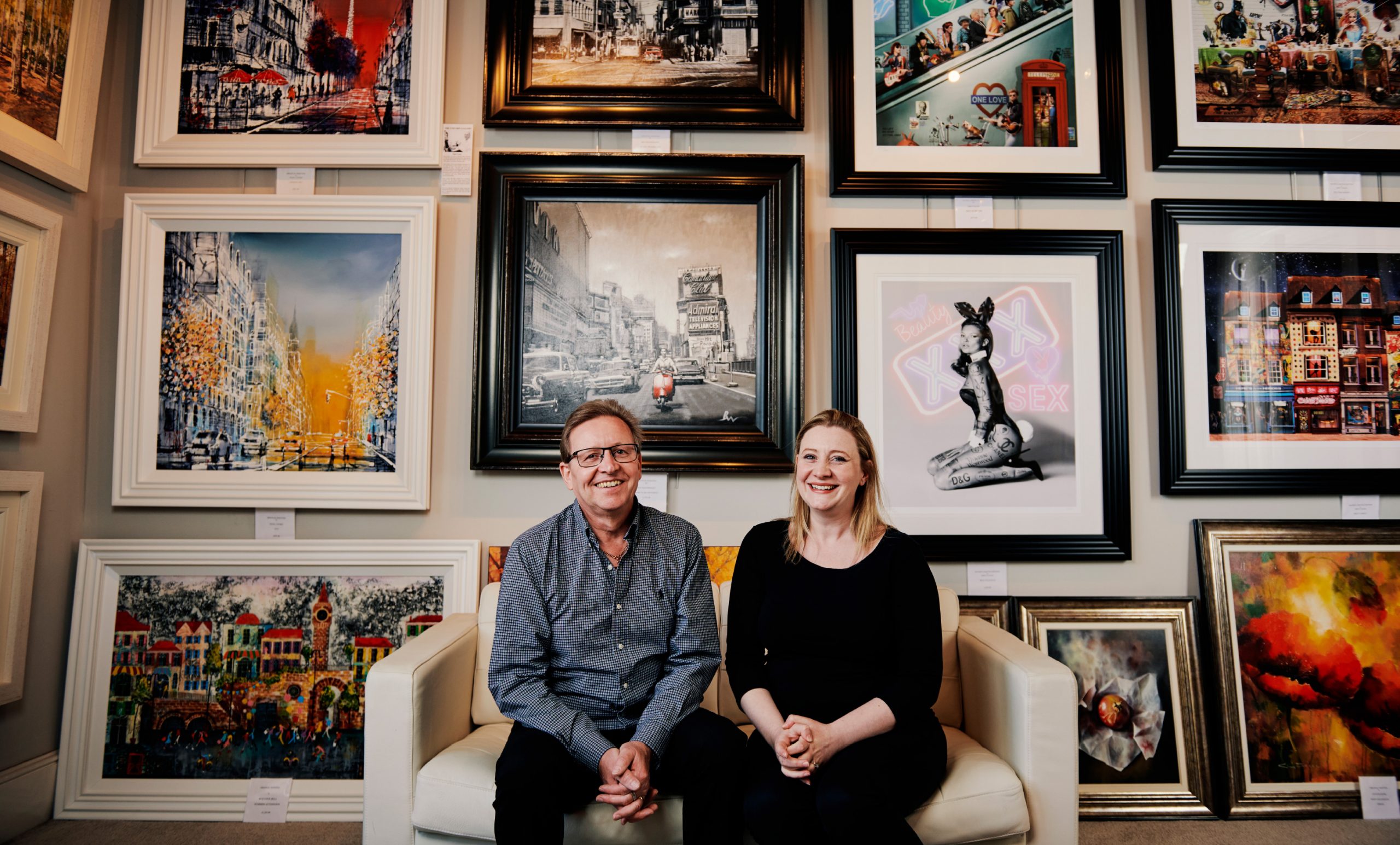 We are a family business with Peter Hart the founder, his daughter Becky, wife Gill and her cousin Carnette all playing vital parts in the business.

It wasn’t always fine art and sculptures, Peter began his career working for a number of years for P&O. He decided working for a large company wasn’t for him and that really he wanted to work for himself, he entertained a few possibilities before seeing an advert in a local paper selling £1000 worth of secondhand picture framing equipment. Having grown up in the Farnworth area of Widnes, his first business was named Farnworth Gallery and was established in 1982. He began framing out of his garage at home before setting up stall at the old Widnes Market.

“FULL OF CHARACTER AND CHARACTERS, I LOVED BEING A PART OF IT”

He quickly expanded into art dealing and had permanent displays in the Hillcrest Hotel in Widnes, the Eurocrest Hotel in Runcorn and the Midland Hotel in Manchester, before deciding it was time to open his own gallery. His dreams became reality when in 1988 he opened his first gallery on Victoria Road, Widnes, and named it, Victoria Gallery.

“On day one I got an order for 40 pictures from the Hillcrest Hotel to furnish their new extension. Very early mornings and framing late into the night, for the first 12 years I worked 7 days a week, but I was really enjoying myself and couldn’t imagine doing anything else”

He had a great rapport with a number of the old school art dealers and artists, and has many a tale from those early days, of Brian Shields (Braaq) and Steven Scholes dropping by, and of selling his first David Shepherd original. That said, times change but the art world is just as exciting; contemporary art is more vibrant and exuberant than ever and European art is really having a huge revival, with outstanding fine art taking centre stage in both the UK and the US.

Fast forward 30+ years and the gallery on Victoria Road is still going strong although under a new name, ‘The Unicorn Gallery’, (following Peter’s acquisition of The Unicorn Gallery in 2003 and the total refurbishment of the premises in Widnes).

We are a family business with Peter Hart the founder, his daughter Becky, wife Gill and her cousin Carnette all playing vital parts in the business. Both his sons are trained framers, although neither have stayed in the business they do still make an appearance for exhibitions etc. and both have lovely art collections of their own.

Peter is proud of what he has achieved, and the years have flown since 1982, the gallery has gone from strength to strength and following a recent expansion in 2020, now has 5 showrooms over 3 floors, boasting a stock of over 1000 superb works of art.

He always claims he’ll never retire, he ‘loves it too much’. 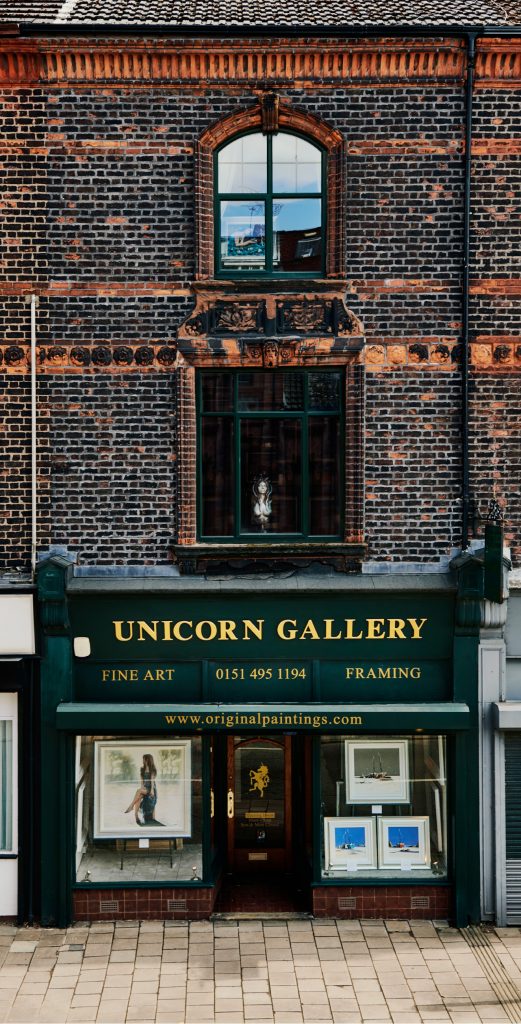